Wouldn’t it be great to stream Xbox games on Oculus VR headsets?

Xbox gaming console from Microsoft is one of its kind. On the other hand, Oculus Quest and Quest 2 are trendy gaming gadgets as well. Playing Xbox games on Oculus Quest headsets will simply multiply the joy for every gamer. But the question arises are these two gadgets designed to be used together? Read the complete article to know how you can connect your Oculus VR headsets with Xbox.

There is no means to directly connect your Oculus Quest 2 to Xbox console. However, some secondary channels link these two gaming devices to double the fun. We have mentioned 3 reliable ways to enjoy Xbox games on Oculus Quest 2.

Sideloading is a way to connect Xbox with Oculus Quest headsets. It is a method by which you can install and run those apps which the Oculus app store does not approve. Sideloading is safe as long as you use EXEs and APKs from trusted sources. Also, make sure to check these sources for viruses and malware. Various streaming services enable you to cast gaming content of Xbox to Oculus Quest 2 without Virtual Desktop.

However, there are some strict policies for sideloading. Like your account will be automatically terminated when you try to sideload a cracked version of any application that is already present on the app store. That’s why it is best to stick to the guidelines when pairing your Xbox to Oculus Quest 2 through sideloading.

SideQuest is open-source sideloading software. It has a time-consuming installation process, but it is worth the wait. There are three main steps which are:

Download and install the updated version of SideQuest compatible with your device.

Open the Oculus app on your mobile, open settings and go to Oculus Quest. Now, select “Developer mode”, scroll down and click “Create an organisation”. After completing this option, reopen the app, go to settings, choose the Oculus Quest headsets, tap “More settings”, and turn On the “Developer Mode”.

Onecast is a sideloading app that allows you to cast Xbox content. Moreover, the process is simple and explained below:

Open Xbox settings and tap “preferences” and then “Xbox App Connectivity”. Now, turn on the “Allow connection from any device” and “Allow game streaming to other devices”. Afterwards, connect your Oculus Quest 2 to the PC.

Download the Onecast app and drag it on the SideQuest on your PC. Plus, disconnect the headset from the PC.

Find and click Onecast on your headset interface. Log in with your Xbox credentials and enjoy the experience.

AirServer, a casting software for Xbox One, is another method through which you can enjoy Xbox games on Oculus Quest headsets. Initially, this software was not compatible to support Oculus headsets. But after an update in February 2020, now it supports Oculus VR headsets, which means it can cast Xbox gaming content on them. The installation and setup of AirServer are straightforward; here are step-by-step instructions for you:

Download the AirServer app from the Xbox Store, which will cost you $19.99. Check if it works well during seven days trial, which you will get before payment.

For an excellent experience, developers suggest disabling the Airplay and Miracast options in the AirServer app, leaving only the Google cast option enabled.

Connect the Oculus Quest / Quest 2 and AirServer app with the same WiFi network. Plus, the connection must be stable and fast enough for a smooth gaming experience.

On your, Oculus Quest go to sharing options and select the cast option. You will see the Xbox One option, select it and enjoy the play.

Firstly, install Xbox Console Companion on the PC and allow streaming in your Xbox. Get the best VR ready quest 2 compatible PC.

Now start Xbox Console Companion and validate that you can stream your Xbox to your PC.

Assure whether your Desktop screen is mirrored to your Quest, then start streaming from Xbox Console Companion.

Oculus Quest / Quest 2 and Xbox gaming consoles both are exceptional for gaming. Fortunately, there are a few solutions you can try to link them both. Try whichever method you find easy and relish the ultimate gaming experience.

Related Post- Can you use Oculus Quest 2 with PS4? Yes! Here 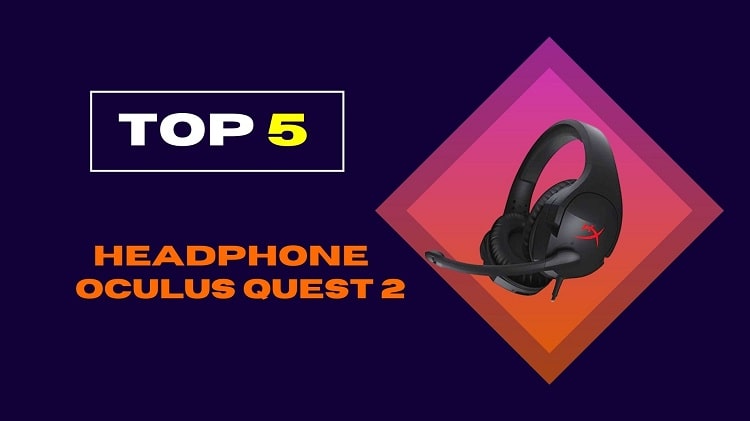 Do you want to make your gaming experience with Oculus Quest more exciting? The best headphone for Oculus Quest 2 has the following qualities including active noise cancellation, comfortable buds, durable design, and high sound quality (I elaborated on these qualities at the end of the review). A headphone with great sounds, noise-cancellation, and a… 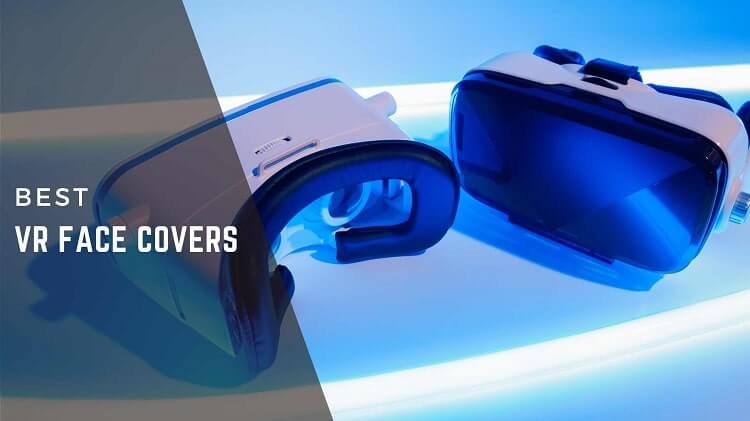 If you use the Oculus Quest 2 for more than a couple of hours every day, the absorbent foam cushions will wear out, this is why it’s a good idea to look for the best Oculus Quest 2 face covers. It’s amazing how a simple head pad can convert into a soothing gaming experience, so… 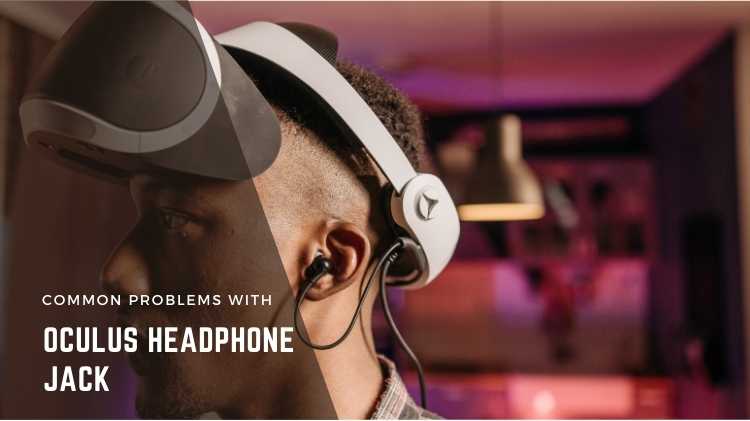 VR headsets have revolutionized the dimensions of gaming. There is no need to hold a controller or click the keyboard. Oculus Quest headsets are the most popular VR gaming headsets in the market. However, they lag a step behind when it comes to sound. To get the ultimate surround sound experience, you can attach headphones…

Is your Oculus Quest 2 blurry? We can help. The most amazing aspect of virtual reality is the high-quality audio and, most importantly, the high-resolution images. VR controls can be complicated, so you probably need some help. The most common problem is dirty lenses, which need to be cleaned with physical or chemical cleaners. Continue… 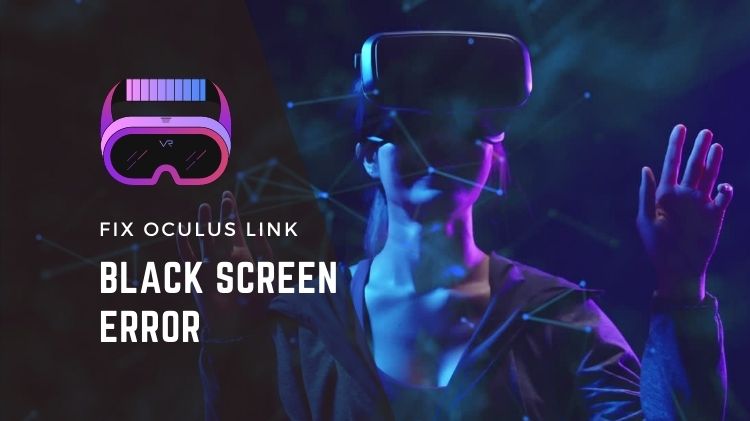 It is a tool that lets you play Oculus Rift content on Quest 2. However, users have encountered a variety of issues with Oculus Link, the most common being black screens before launching the game and during gameplay. The black screen error can be caused by a number of factors and eliminating these factors can… 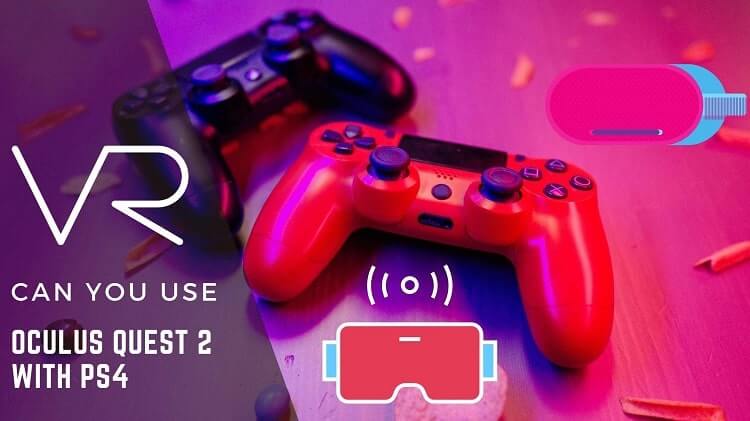 The gaming world has upgraded and revolutionized immensely nowadays. This is the era of virtual reality in gaming. Oculus is one of the top names to introduce the virtual reality gaming experience. Its VR headsets like Quest are the most affordable and high-tech options to enjoy PC VR games wirelessly. But what if you want…